Julia Bonatti, San Francisco astrologer and my protagonist in the Zodiac Mysteries, is a native San Franciscan, and since most of the city’s residents hail from other places, being a native is a point of honor.  You’ll learn more about Julia on June 8, 2016 when her first adventure, The Madness of Mercury is released.

Now, Julia’s lived in the city her entire life.  She experienced the Loma Prieta quake that brought down the freeway in Oakland and a section of the Bay Bridge, destroyed a large apartment building in the Marina and caused death, injury and lots of other destruction in and around the city.  She’s certainly not old enough to remember the Big One, the 1906 quake that destroyed the city, but every year, she attends the remembrance ceremony that takes place at Lotta’s Fountain at the corner of Market and Kearny Streets with thousands of other people who gather in remembrance of the dead and in tribute to those who rebuilt the city.

After the quake, a conspiracy of disinformation began.  The world was told that fire destroyed the city, not the earthquake.  It was the supposedly true story I heard when I first lived in San Francisco.  And even people who had grown up there believed the lie.  But thanks to historians we now know that to be untrue.  Yes, the city burned, but it was the 8.3 quake that leveled the city before any fires started.  The powers-that-were in the city – business people, politicians, insurance companies, the Southern Pacific Railroad — had to propagate the lie.  They needed investors and money coming in to rebuild and so the truth and the dead were swept under the carpet, or actually into the Bay.  That’s not a lie.

In past years, survivors of the 8.3 quake were honored but sadly, they are all gone now.  William “Bill” Del Monte, the last survivor, who was three months old in 1906, died in 2013.

On April 18th, at 4:00 a.m., San Franciscans gather at Lotta’s Fountain, a cast iron structure at Market and Kearny Streets.  Lotta’s Fountain stood in 1906 and was the place where people gathered and left messages, searching for loved ones.  The commemoration begins at 4:30 a.m., at 5:00 a.m. the Mayor hangs a wreath and eleven minutes later the countdown to 5:12 a.m. begins.  At 5:12 a.m., the sirens blare, followed by a minute of silence.  Then a sing along of “San Francisco.”

It only takes a tiny corner of
This great big world to make the place we love
My home upon the hill, I find I love you still,
I’ve been away, but now I’m back to tell you…
San Francisco, open your golden gate
You let no stranger wait outside your door
San Francisco, here is your wanderin’ one
Saying I’ll wander no more
Other places only make me love you best
Tell me you’re the heart of all the golden west
San Francisco, welcome me home again
I’m coming home to go roaming no more

I may not be attending the ceremony this year, but having survived the 1994 Northridge Quake, I’ll be there in spirit to give thanks, to honor the dead and the courage of those who were able to rebuild this beautiful city by the bay.

Read My Other Mysteries 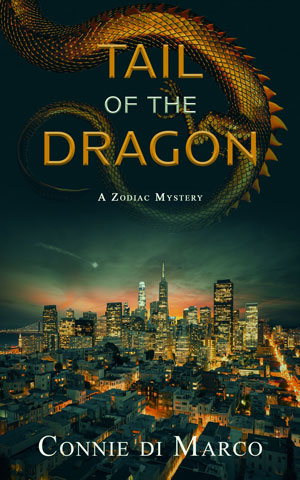